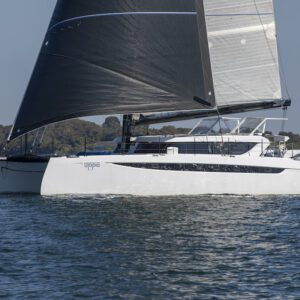 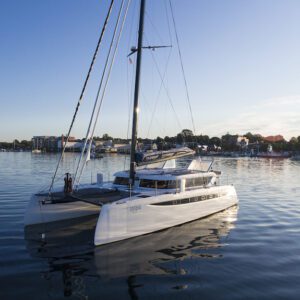 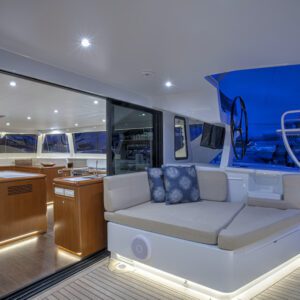 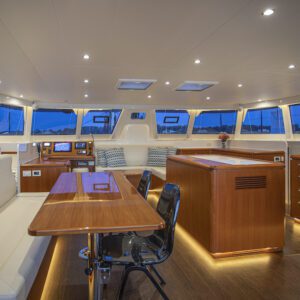 HH Catamarans has named Just Catamarans an exclusive Sales and Service Center for Power and Sail catamarans with the up and coming brand of high performance catamarans releasing some innovative new designs and ramping up production for their new 44 and 50 foot performance cruising and ocean cruising sailing models.

“Just Catamarans is known to be a premiere performance sales and service company within the catamaran segment of the yachting industry, aligning ourselves with them will elevate both companies and help clients better than ever.” comments Seth Hynes, President of HH Catamarans.

“The opportunity to partner with HH Catamarans, a leader within the performance catamaran segment is thrilling for Just Catamarans. Their innovation and standard of boat building excellence allow us to provide our clients a top-level boat for both performance and cruising boaters in the sail and power categories.” says Thomas Chambers, Vice President of Just Catamarans Sales.

Just Catamarans Service Manager Rafael Escobar added “After years of assisting HH staff with commissioning their vessels, Just Catamarans is excited to be an official Service Center for HH Catamarans.”

About HH Catamarans
HH Catamarans was formed in early 2012 and set about developing a new brand, something extraordinary. In the years since “HH (Hudson and Hakes)” has come to represent a commitment to the quality and success of every boat built.

Today the HH Catamaran family includes the HH44, HH50, HH55, HH60, HH66, and the HH88. Additionally, a new division of blue-water capable luxury cats, the HH Ocean Series, has been created to further expand the market offerings. Hudson Power catamarans offer the HPC48 and will be releasing the all-new Titan Zeus 19 shortly.

The brand was conceptualized with the intention of building the world’s finest luxury performance cruising catamarans, a niche they’ve helped propel to a new level within the multihull market.

About Just Catamarans
Founded in 2004 and based in Fort Lauderdale, FL, Just Catamarans is the largest specialized catamaran Service company while also providing sales for brokerage and new boats offering the entire package for clients no matter where they are on the spectrum of catamaran ownership.

To receive further information about HH Catamarans / Hudson Powercats and to view a list of upcoming boat show, visit: www.justcatamarans.net/hh or connect with the sales team: Sales@JustCatamarans.net