Outremer 55 Light Owner Checks In For One Year Purchase Anniversary

Outremer 55 Light Owner Checks In After One Year Purchase Anniversary

The Outremer 55 Light, sold as KOMOTION and renamed CERES after the purchase was on Florida’s East Coast at the time of purchase, August 2017. Joel Simon spoke with his broker Robert Taylor regarding his journey at the One year mark:

“Had a good solo run down the Portugal coast for my One Year Purchase Anniversary. Doing 11.7 knots average over 140 miles, sailed at 16+ knots for over 15 minutes and passed a 90 ft fishing vessel.” 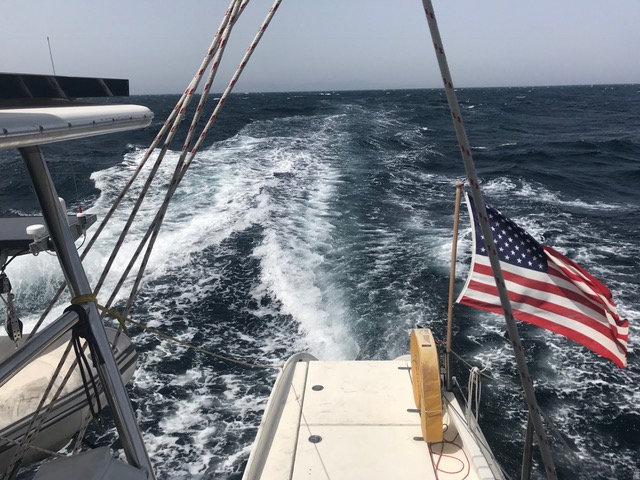 The Outremer 55 Light, winner of numerous races is an ideal vessel for the performance minded cruiser. In 2000 she was honored with the Cruising World Magazine Award of the Best Cruising Multihull!. As all Outremers with her trademark sheer lines, she is equipped with twin daggerboards, which minimize resistance and allow for responsive and quick maneuvers under sail or power.

As her sisterships, she was designed with full volume bows to prevent any tendency to submerge, even when pressed hard in stronger wind conditions. Seaworthiness and comfort has been achieved by minimizing wetted surface and centering the heaviest loads around the center of flotation.

Contact Just Catamarans to help with your catamaran needs. (954) 589-2343 | Sales@JustCatamarans.net

Find The Right Catamaran For You