Outremer Summer continues with a 3rd Outremer Catamaran spotted in New England, this time WABI SABI, an Outremer 5X was found off the coast of Maine this week.

ALGERIA, an Outremer 45 was in Jamestown as well as WANDERER, a 51 Outremer in the last week for the season. 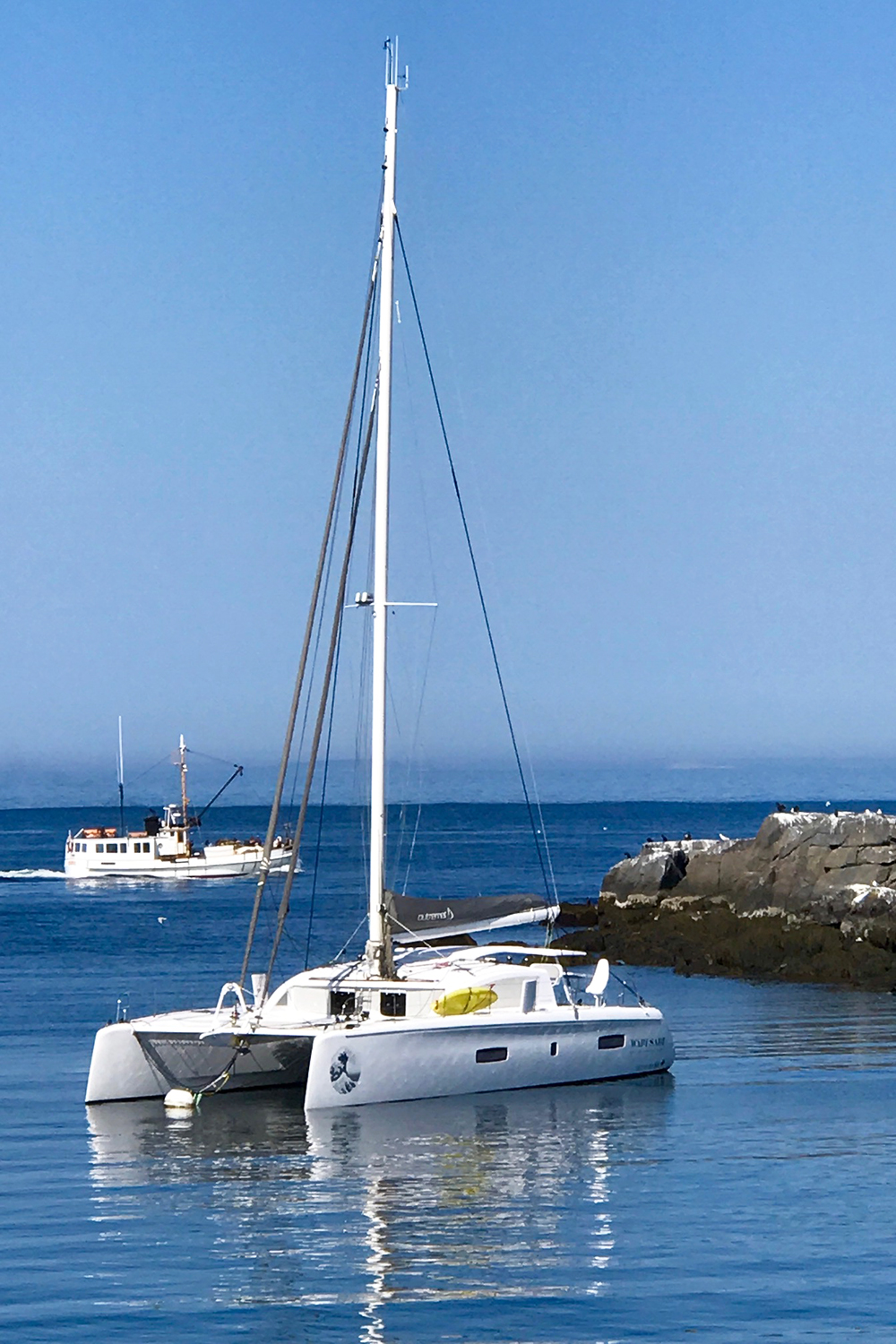 The 5X is unlike any other large performance catamaran on the market. At a length of just under 60ft and a width of nearly 29 feet, the Outremer 5X  is a fast, powerful, and seaworthy yacht with finely finished cabinetwork, spacious accommodations and with excellent payload carrying ability.