All-Electric Outremer 45 Catamaran to be sailed by Jimmy Cornell

All-Electric Outremer 45 Catamaran to be sailed by Jimmy Cornell

In the midst of the recent release of the all-new Outremer 55 Catamaran, Outremer Yachting has recently announced the return of Jimmy Cornell sailing an all-electric Outremer 45 Catamaran.

One of the formative influences on modern cruising, Jimmy Cornell has been uncharacteristically quiet since his attempt on the Northwest Passage a few years ago. Now the founder of the Atlantic Rally for Cruisers is all fired up again about yet another circumnavigation and, yes, another rally.

Cornell, who turns 80 this year, will set sail in October on the Elcano Challenge—a 30,000-mile circumnavigation following the route taken by Ferdinand Magellan and Juan Sebastian Elcano between 1519 and 1522. The voyage is named after Elcano, because it was he who completed the first round-the-world voyage after Magellan was killed in the Philippines. For the first time, Cornell will turn to two hulls—he is having a 45ft Outremer catamaran built. What’s more, the Elcano, as it’s named, will be fully electric-powered, using energy from wind and sun. 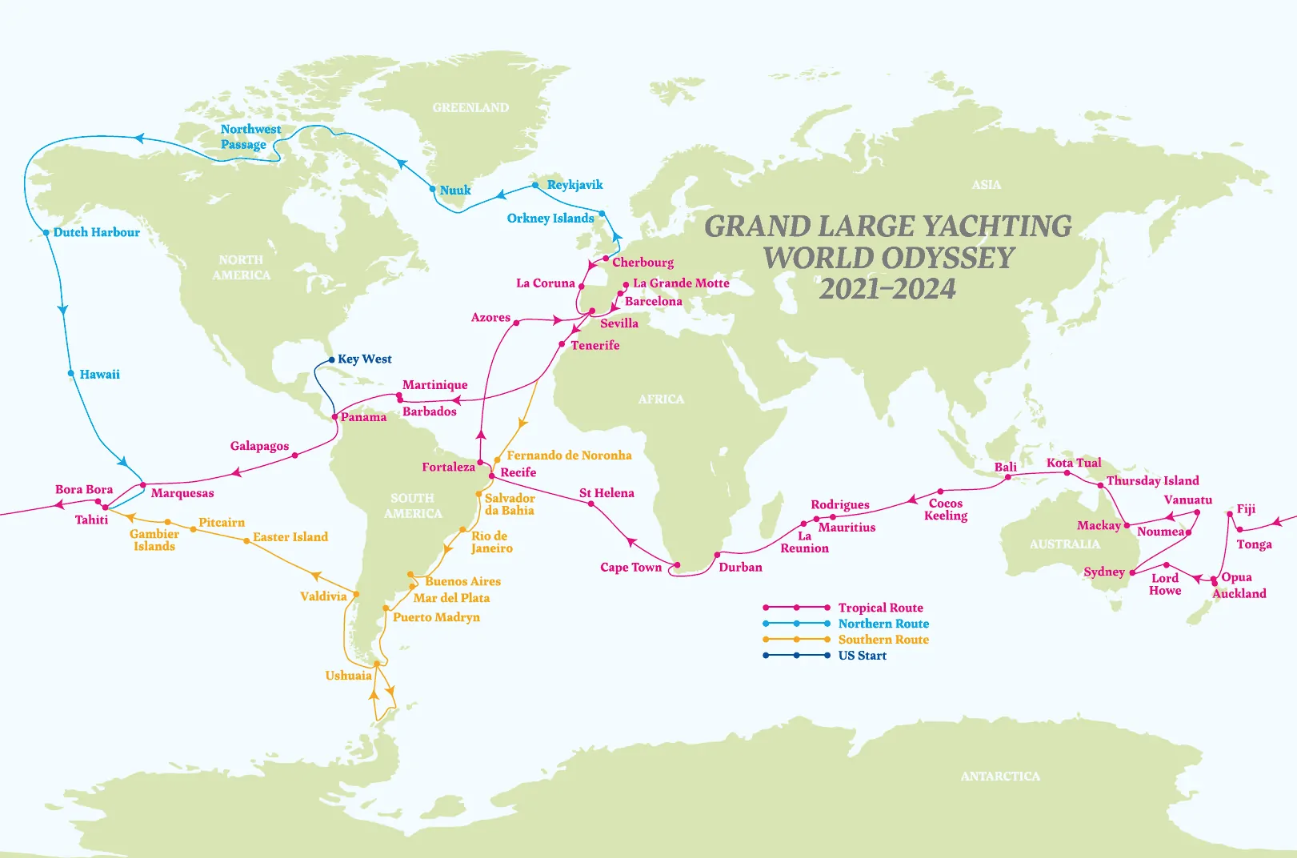 Cornell says the voyage will be faithful to the original, stopping only where Magellan and Elcano did. Starting from Seville, Spain, he and his crew will sail to Tenerife in the Canary Islands, Rio de Janeiro in Brazil, Montevideo in Uruguay and Puerto Julian in Argentina before passing through the Magellan Strait and into the Pacific Ocean. There, he’ll stop at Punta Arenas, Chile, Puka Puka in the Cook Islands, Guam and then Cebu and Mactlan (where Magellan was killed) in the Philippines.

After calling at Palawan, Brunei, Tidore, Ambon and Timor, the crew will continue on to Port Elizabeth in South Africa, the Cape Verde islands and Sanlucar de Barrameda in Spain before arriving back in Seville in July 2021.

But it doesn’t end there. Cornell is working with Grand Large Yachting, owners of the Outremer, Gunboat, Allures, Alumarine and Garcia brands, on a new round-the-world rally scheduled to start in September 2021. 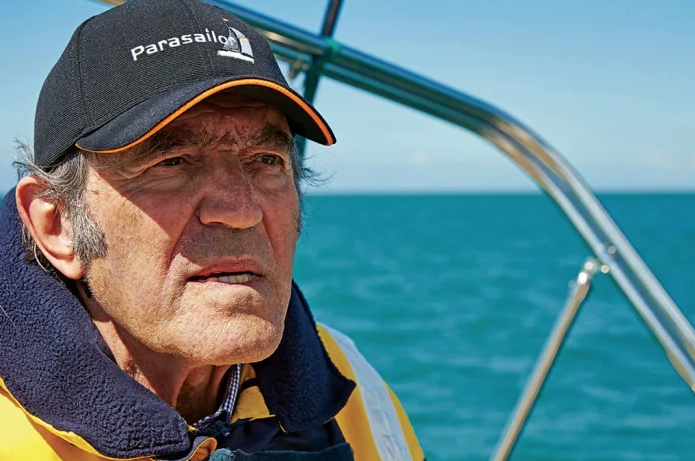 It is a grand scheme, starting from the Grand Large Yachting headquarters on France’s Mediterranean coast and offering a choice of three routes—a northern leg through the Northwest Passage; a southern leg around Cape Horn with a detour to the Antarctic; and the Tropical Route, through the Caribbean to the Panama Canal and onwards to Tahiti.

There, the three fleets will meet up again to continue the rest of the circumnavigation in a more typical rally format. They will call in at New Zealand and Australia before cruising through Indonesia and down the Indian Ocean to South Africa. From there the fleet will sail up the Atlantic to Brazil and then to Europe. Participants in the Grand Large Yachting World Odyssey 500 will also collect oceanographic data to help research the effects of climate change and plastic pollution. For more information, go to catamaran-outremer.com.